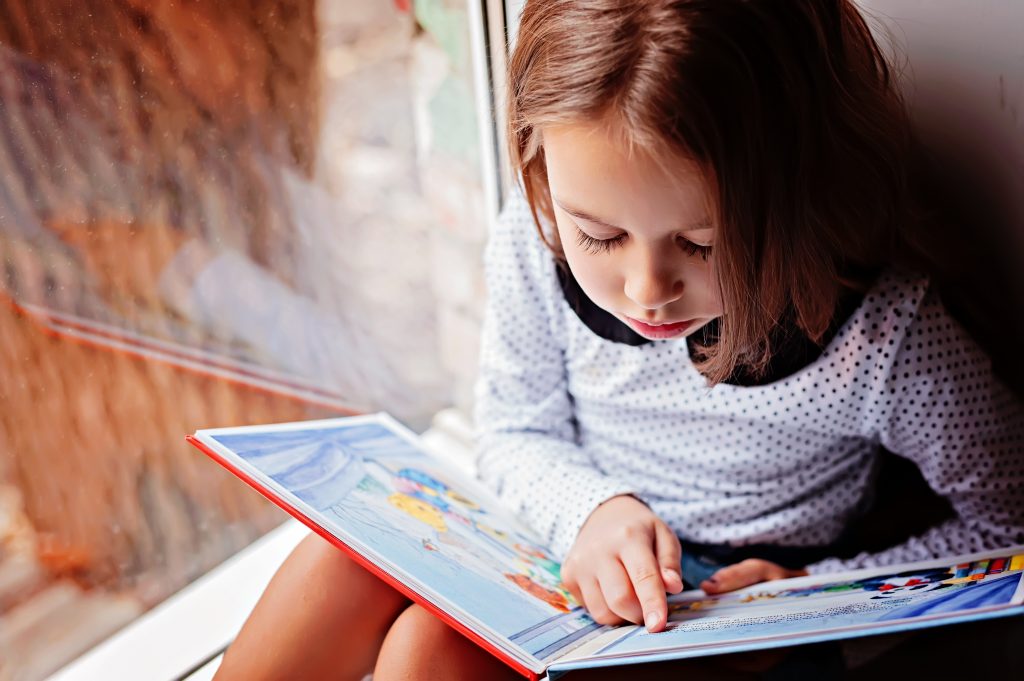 With all that’s going on in the world, it isn’t an easy time to be a parent — wondering how exactly we explain it all and lead by example. Books are windows into different perspectives and experiences. They can help kids (and adults) develop curiosity, empathy, and courage. We collected a list of books that exemplify KiwiCo’s mission to inspire kids to channel creativity, celebrate inclusion, and embody resilience so that they can build a better tomorrow. 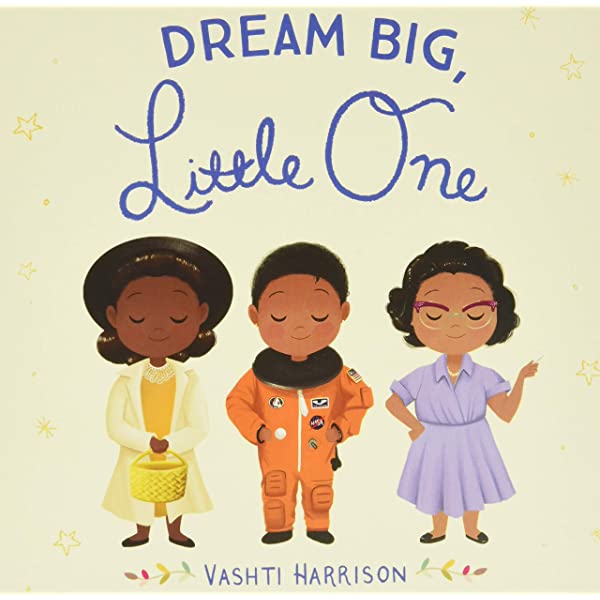 Among these women, you’ll find heroes, role models, and everyday women who did extraordinary things — bold women whose actions and beliefs contributed to making the world better for generations of girls and women to come.

Accurate enough for experts, yet simple enough for baby, this clever board book explores the science of vision, light, and color. Beautiful, visually stimulating illustrations complement age-appropriate language to encourage baby’s sense of wonder. Parents and caregivers may learn a thing or two as well. 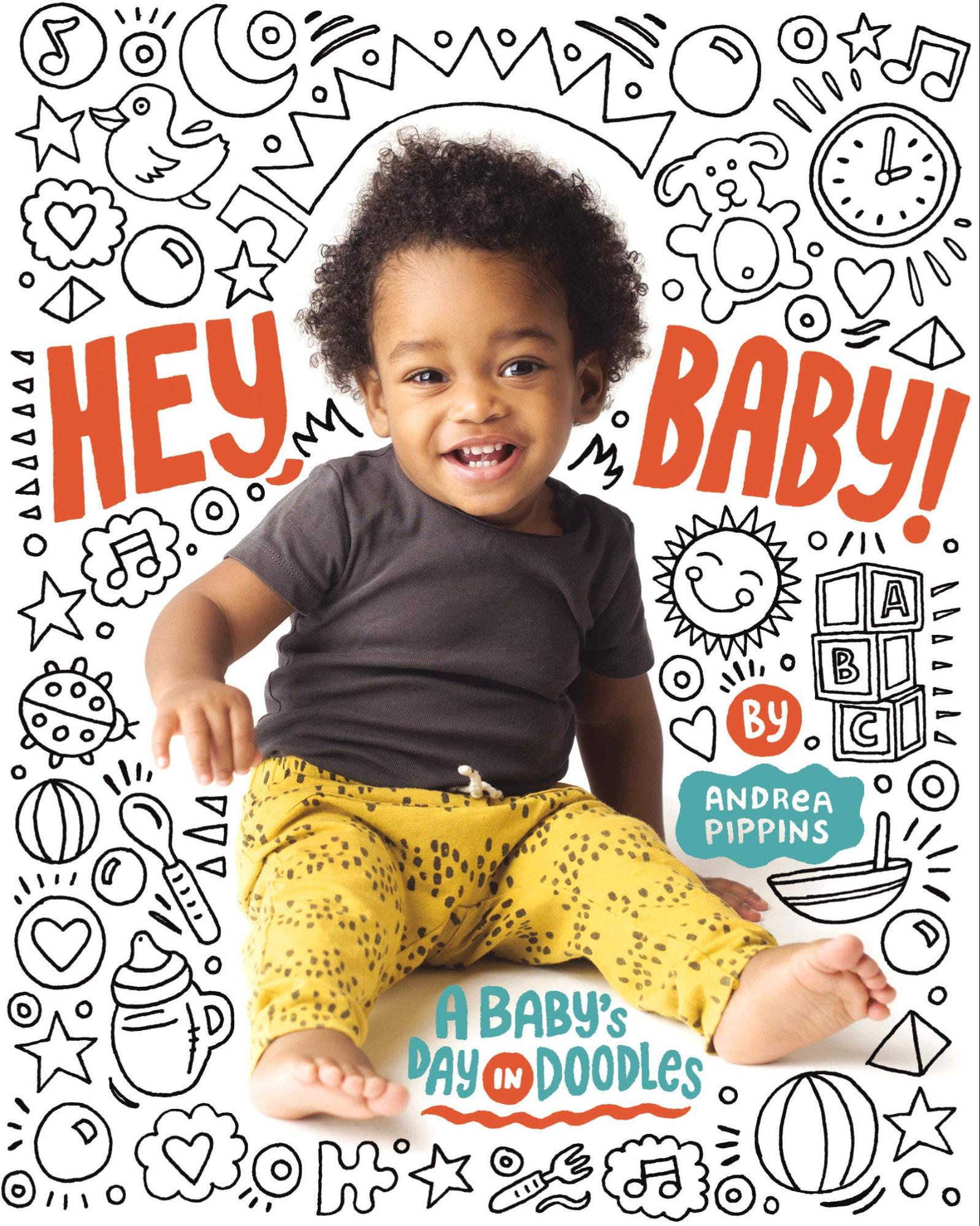 Follow a baby throughout the day, from napping to snacking to playing — and everything in between! High contrast, lively illustrations combine with gorgeous, colorful photographs to showcase the warmth and tenderness between a mommy and her baby. This affectionate look at babyhood is sure to appeal to new parents and grandparents, who will recognize their own little one in the pages.

This classic story about a little boy who plants a carrot seed isn’t just a simple tale about how to care for plants, it also provides a valuable lesson on patience and persistence. Even when the little boy’s mother, father, and older brother show doubt that his carrot seed will grow, the little boy just knows that one day — after all the watering, weed pulling, and waiting — a carrot will pop up! 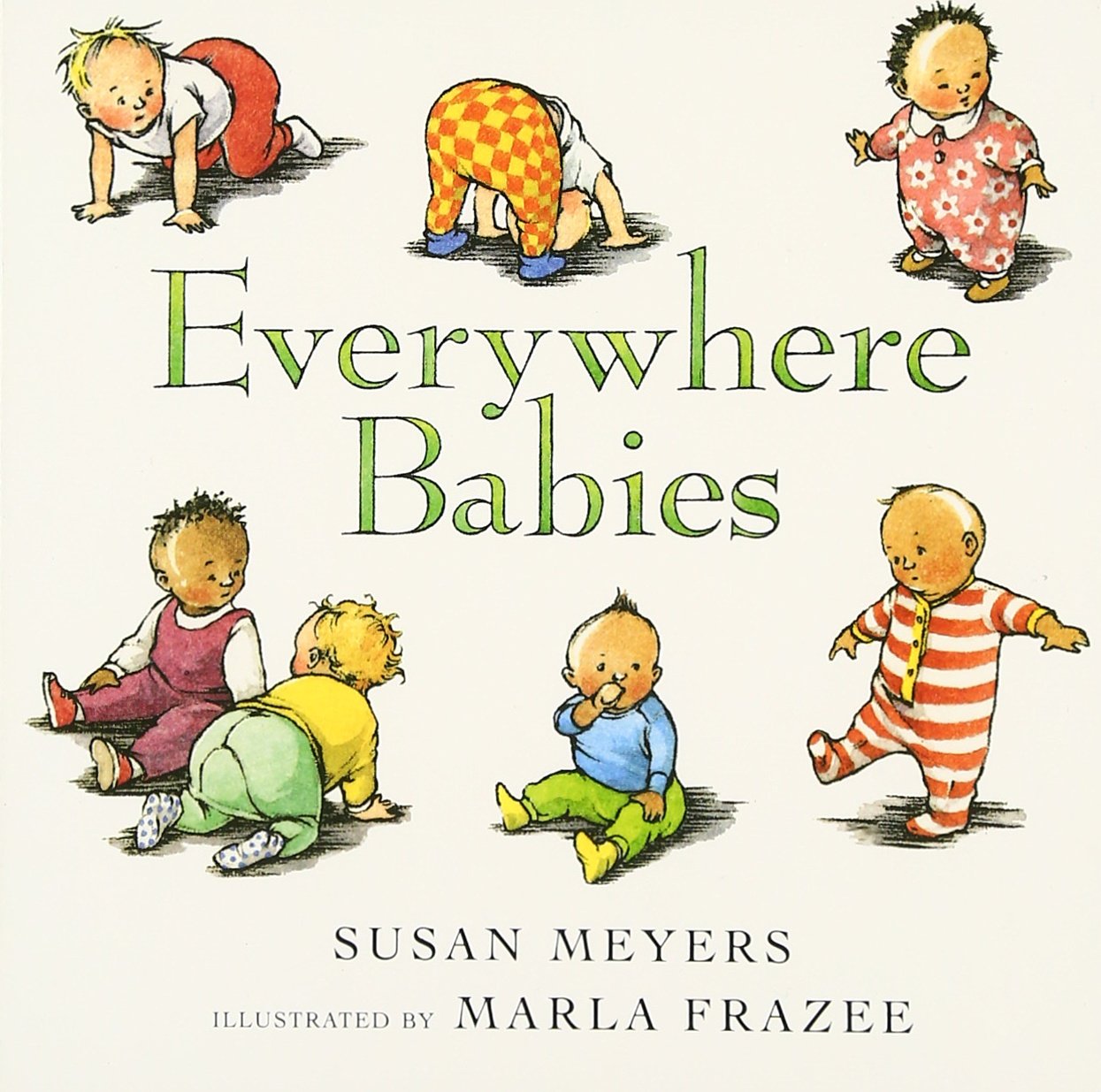 Every day, everywhere, babies are born. They’re kissed and dressed and rocked and fed — and completely adored by the families who love them. With an irresistible rhyming text and delightfully endearing illustrations, here is an exuberant celebration of playing, sleeping, crawling, and of course, very noisy babies doing all the wonderful things babies do best.

M Is for Melanin: A Celebration of the Black Child by Tiffany Rose | Ages 3-6 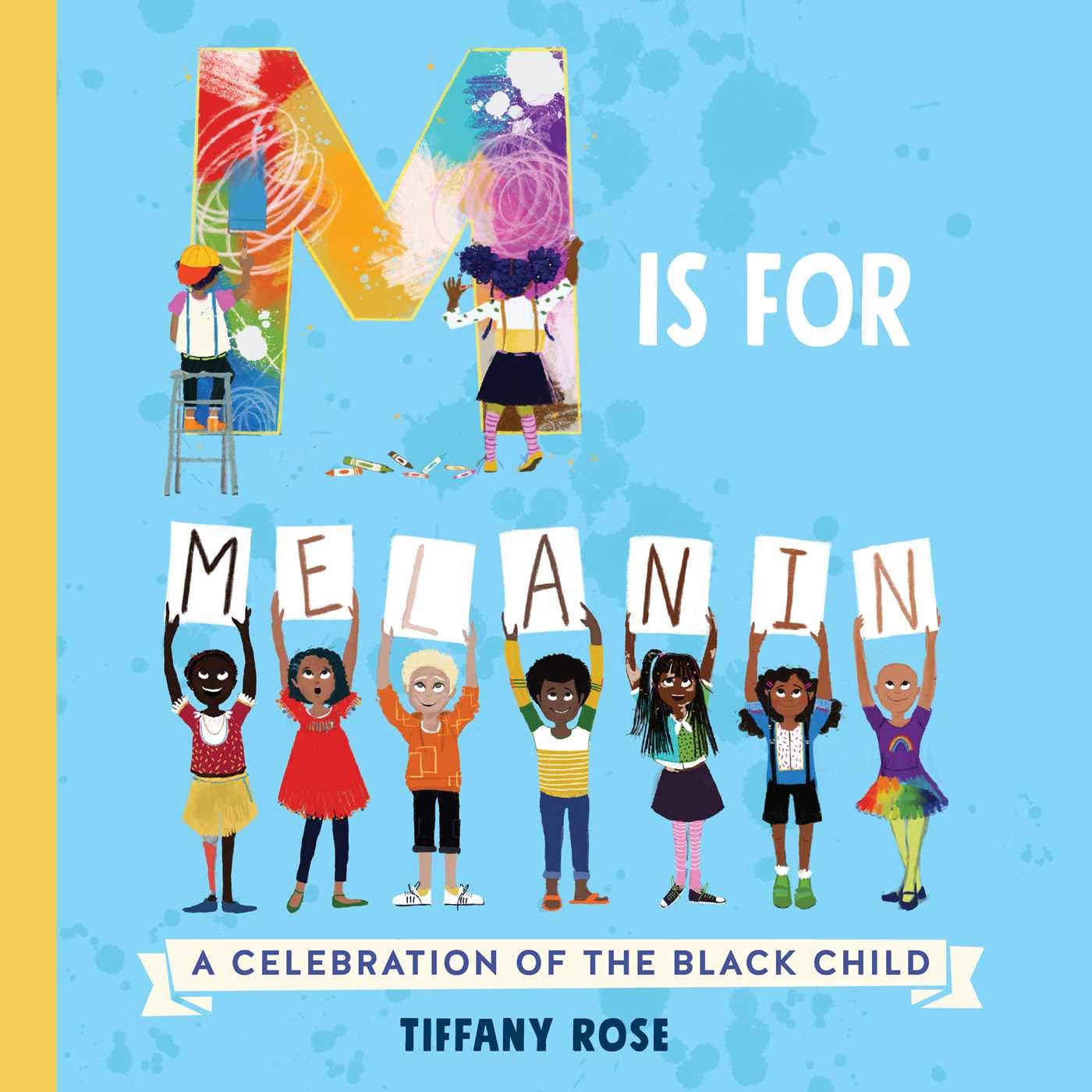 This empowering alphabet book that teaches kids their ABCs. Each letter of the alphabet contains affirming, Black-positive messages, from A is for Afro, to F is for Fresh, to W is for Worthy. This book teaches children their ABCs while encouraging them to love the skin that they’re in.

Mae Among the Stars by Roda Ahmed | Ages 3-8

A beautiful picture book for sharing and marking special occasions such as graduation, inspired by the life of the first African American woman to travel in space, Mae Jemison. 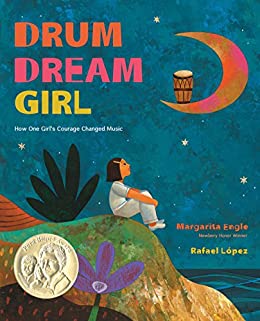 One Family by George Shannon | Ages 4-8

This deceptively simple concept book celebrates family and community, while also offering young readers a chance to practice counting. Each spread features an increasing number of people who form a family. From babies in buggies to white-haired elders holding hands, families stretch across generations and races.

The Most Magnificent Thing by Ashley Spires | Ages 4-8 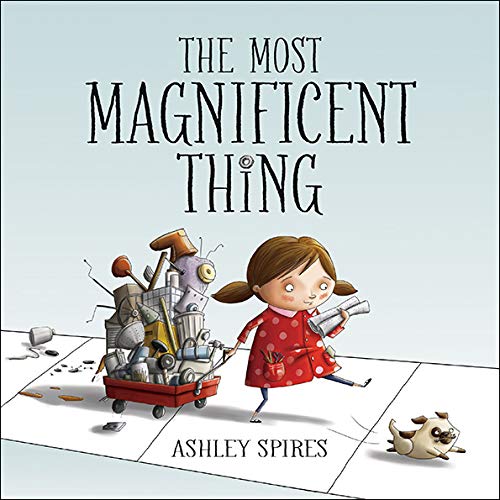 For the early grades’ exploration of character education, this funny book offers a perfect example of the rewards of perseverance and creativity. The girl’s frustration and anger are vividly depicted in the detailed art, and the story offers good options for dealing honestly with these feelings, while at the same time reassuring children that it’s okay to make mistakes. 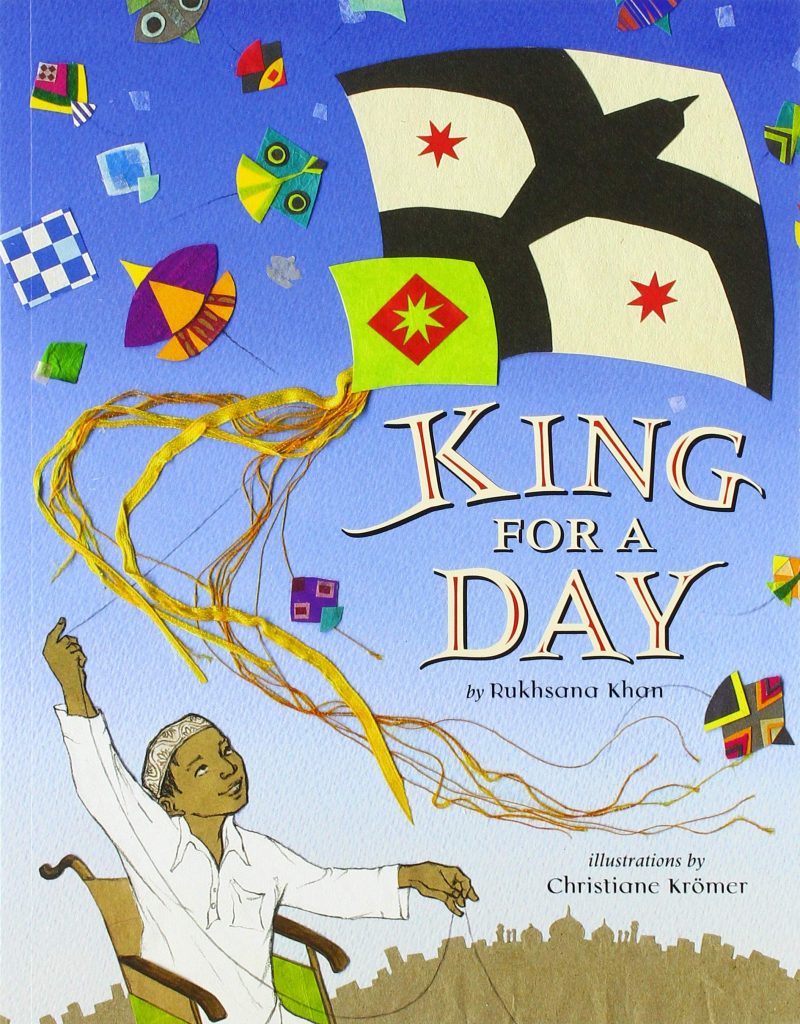 This lively, contemporary story introduces readers to a centuries-old festival and the traditional sport of kite fighting, and to a spirited, determined young boy who masters the sport while finding his own way to face and overcome life’s challenges. 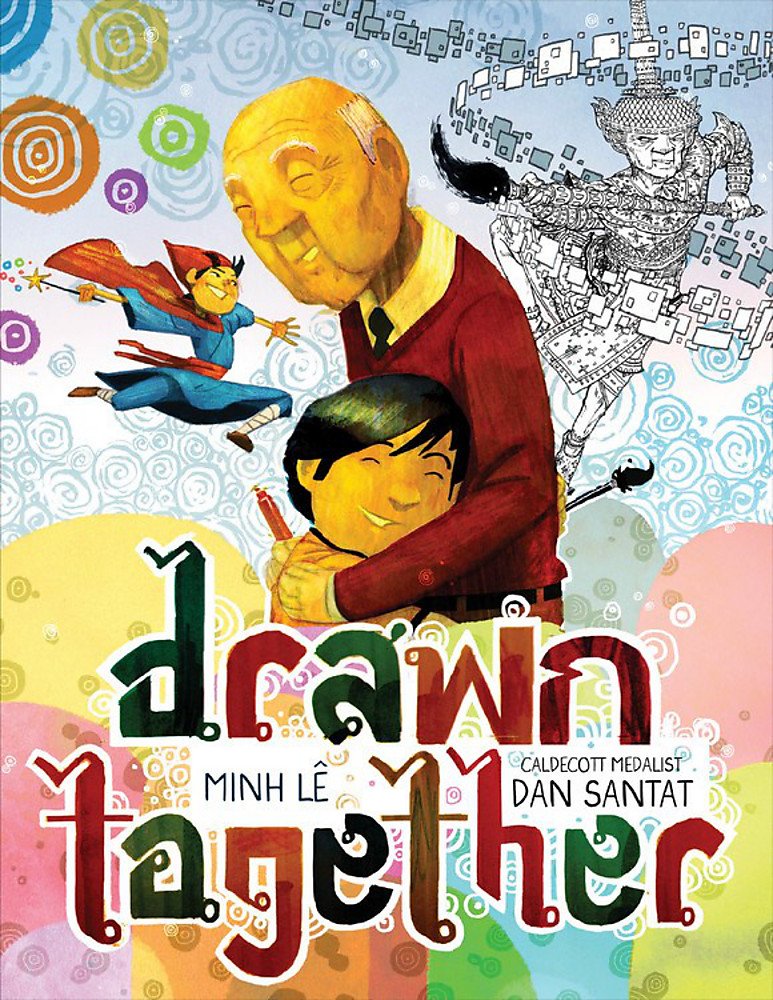 When a young boy visits his grandfather, their lack of a common language leads to confusion, frustration, and silence. But as they sit down to draw together, something magical happens — with a shared love of art and storytelling, the two form a bond that goes beyond words.

This is the uplifting tale of how the author’s aunt and mother first learned to persevere in the face of disappointment and turned a dream into reality. This is a story of children’s ability to make a difference and of a community coming together to transform their neighborhood.

We Are Water Protectors by Carole Lindstrom | Ages 4-8 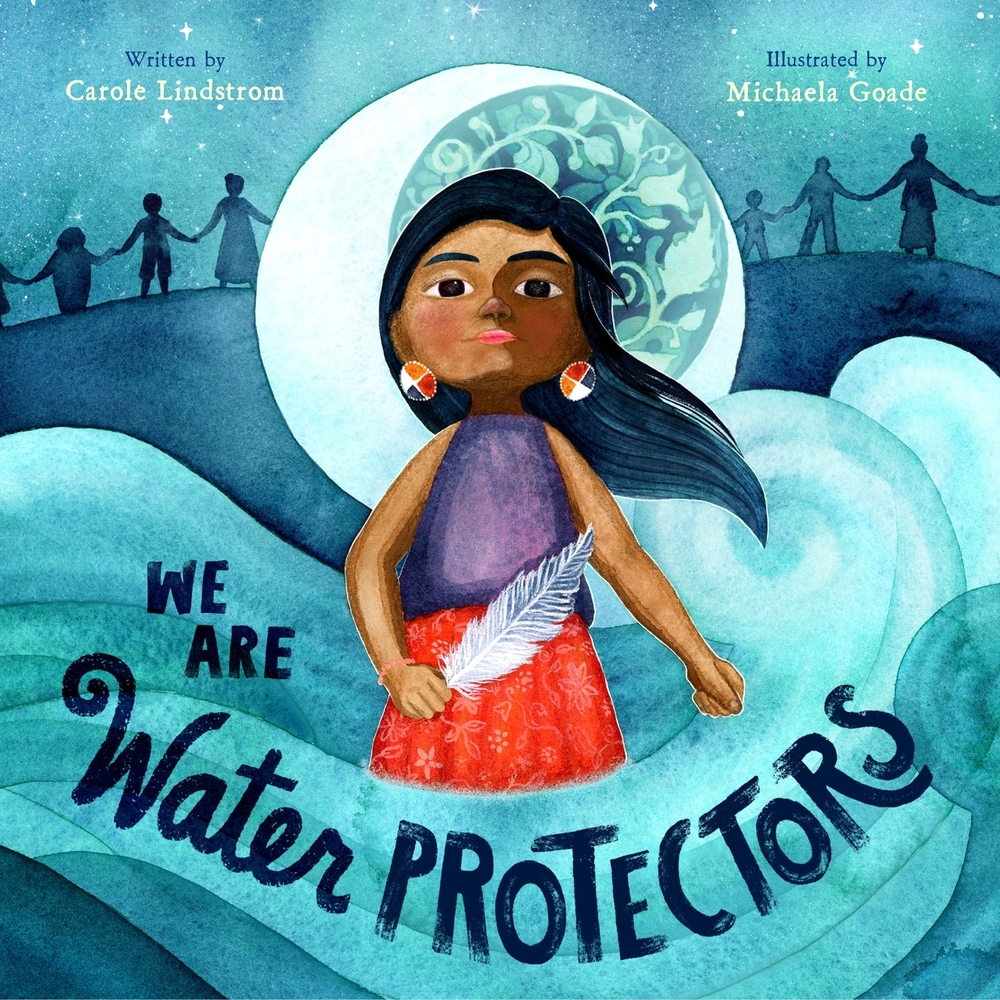 Inspired by the many Indigenous-led movements across North America, We Are Water Protectors issues an urgent rallying cry to safeguard the Earth’s water from harm and corruption.

A children’s picture book that incorporates lush visual storytelling with poetic language to tell the tale of a magical gender variant child who brings transformation and change to the world around them with the help of their mother’s love. This unique children’s book honors timeless fairy-tale themes while challenging gender, racial, and body stereotypes.

One Grain Of Rice: A Mathematical Folktale by Demi | Ages 4-9 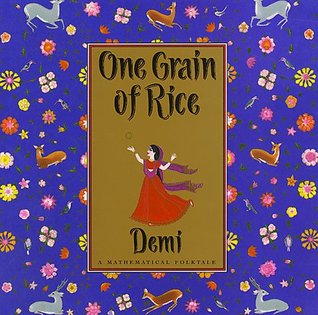 A reward of one grain of rice doubles day by day into millions of grains of rice when a selfish raja is outwitted by a clever village girl. 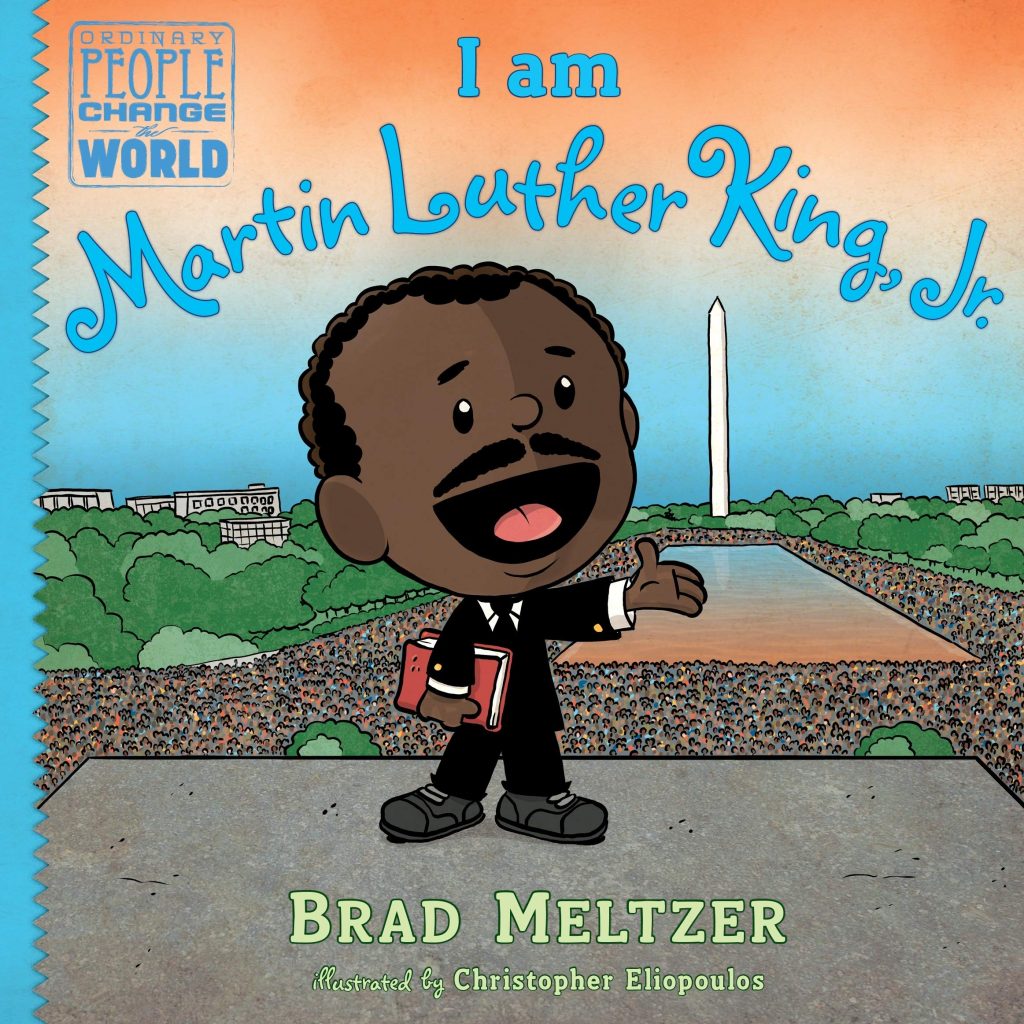 Even as a child, Martin Luther King, Jr. was shocked by the terrible and unfair way African-American people were treated. When he grew up, he decided to do something about it — peacefully, with powerful words. This lively, New York Times bestselling biography series inspires kids to dream big, one great role model at a time. You’ll want to collect each book.

This is How We Do It: One Day in the Lives of Seven Kids from Around the World by Matt Lamothe | Ages 5-8

In Japan, Kei plays Freeze Tag, while in Uganda, Daphine likes to jump rope. While the way they play may differ, the shared rhythm of their days — and this one world we all share — unites them. This genuine exchange provides a window into traditions that may be different from our own as well as mirrors reflecting our common experiences.

Mario and the Hole in the Sky: How a Chemist Saved Our Planet by Elizabeth Rusch | Ages 6-9 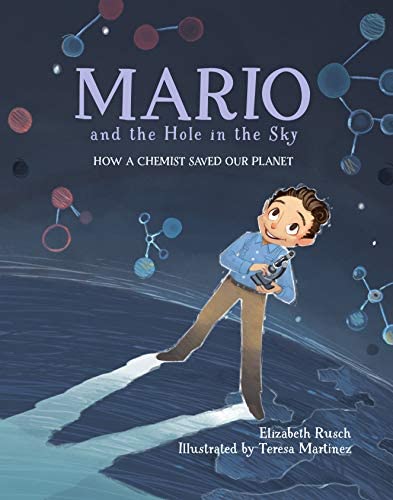 Mexican American Mario Molina is a modern-day hero who helped solve the ozone crisis of the 1980s. Growing up in Mexico City, Mario was a curious boy who studied hidden worlds through a microscope. As a young man in California, he discovered that CFCs, used in millions of refrigerators and spray cans, were tearing a hole in the earth’s protective ozone layer. Mario knew the world had to be warned — and quickly. Today Mario is a Nobel Laureate and a recipient of the Presidential Medal of Freedom. His inspiring story gives hope in the fight against global warming.

When fourteen-year-old William Kamkwamba’s Malawi village was hit by a drought, everyone’s crops began to fail. Without enough money for food, let alone school, William spent his days in the library and figured out how to bring electricity to his village. Persevering against the odds, William built a functioning windmill out of junkyard scraps, and thus became the local hero who harnessed the wind.

Not So Different: What You Really Want to Ask About Having a Disability by Shane Burcaw | Ages 6-9

Shane Burcaw was born with a rare disease called spinal muscular atrophy, which hinders his muscles’ growth. As a result, his body hasn’t grown bigger and stronger as he’s gotten older ― it’s gotten smaller and weaker instead. This hasn’t stopped him from doing the things he enjoys (like eating pizza and playing sports and video games) with the people he loves, but it does mean that he routinely relies on his friends and family for help with everything from brushing his teeth to rolling over in bed.

The Magnificent Makers #1: How to Test a Friendship by Theanne Griffith | Ages 7-10 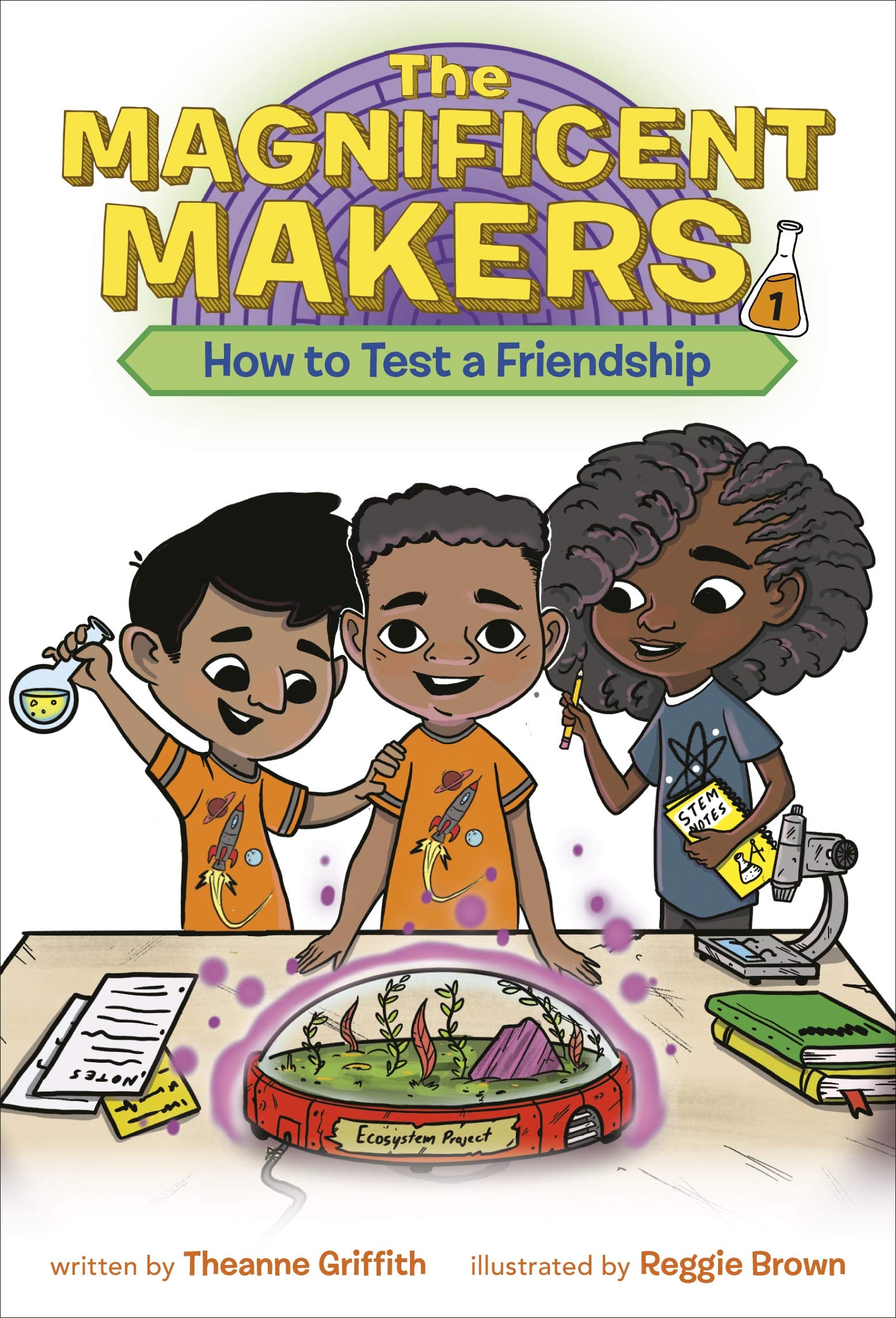 Violet and Pablo are best friends who love science! So when they discover a riddle that opens a magic portal in the Science Space at school, they can’t wait to check it out! Along with their new classmate, Deepak, the friends discover a magical makerspace called the Maker Maze. Doors line the walls of the makerspace, with a new science adventure waiting behind each one. This book includes two science activities kids can do at home!

You Are Awesome: Find Your Confidence and Dare to be Brilliant at (Almost) Anything by Matthew Syed | Ages 7-10

Practical, insightful and positive, this is the book to help children build resilience, embrace their mistakes and grow into successful, happy adults.

Schomburg: The Man Who Built a Library by Carole Boston Weatherford | Ages 8-12

Amid the scholars, poets, authors, and artists of the Harlem Renaissance stood an Afro-Puerto Rican man named Arturo Schomburg. His life’s passion was to collect books, letters, music, and art from Africa and the African diaspora in order to bring to light the achievements of people of African descent. When his collection became so large that it threatened to overflow his house, he turned to the New York Public Library. 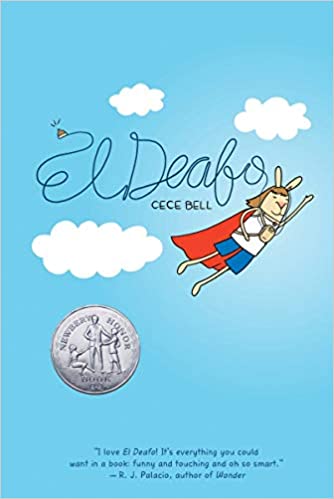 This funny perceptive graphic novel memoir about growing up hearing impaired is also an unforgettable book about growing up, and all the super and super embarrassing moments along the way.

What Color Is My World?: The Lost History of African-American Inventors by Kareem Abdul-Jabbar & Raymond Obstfeld | Ages 8-12

Did you know that James West invented the microphone in your cell phone? That Fred Jones invented the refrigerated truck that makes supermarkets possible? Or that Dr. Percy Julian synthesized cortisone from soy, easing untold people’s pain? These are just some of the black inventors and innovators scoring big points in this dynamic look at several unsung heroes who shared a desire to improve people’s lives. 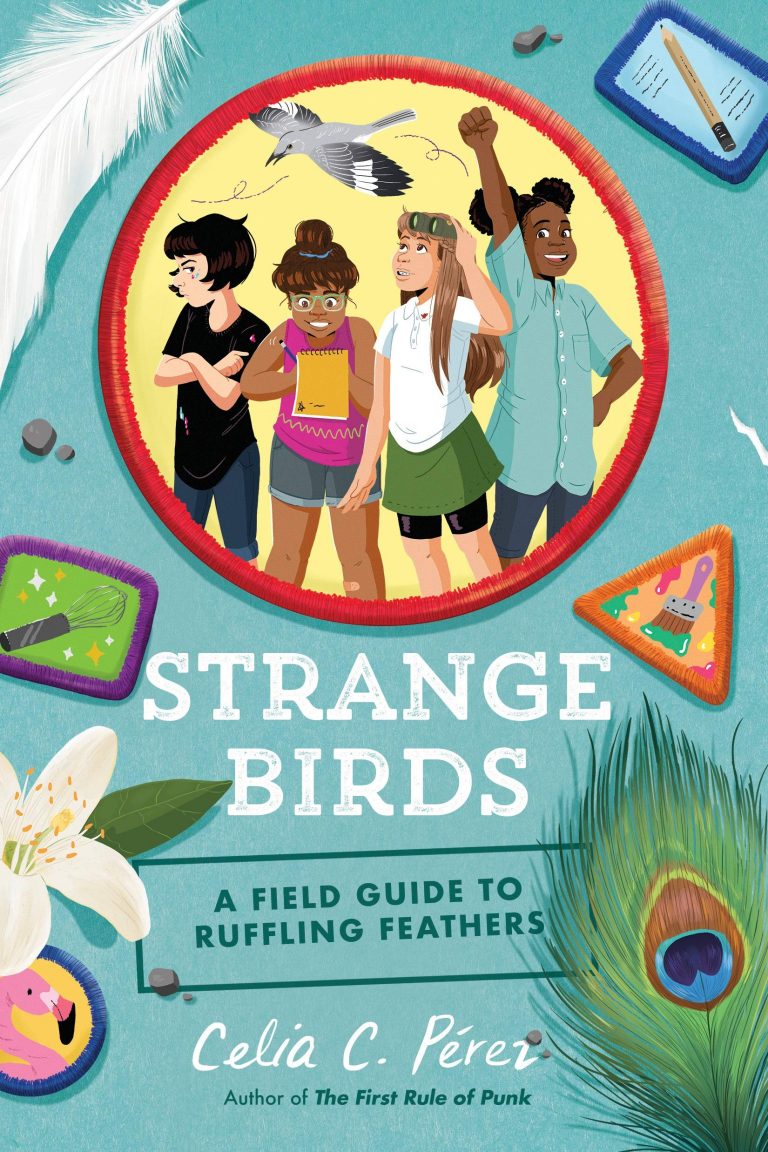 When three very different girls find a mysterious invitation to a lavish mansion, the promise of adventure and mischief is too intriguing to pass up.

San Francisco, 1900. The Gilded Age. A fantastic time to be alive for lots of people… but not thirteen-year-old Lizzie Kennedy, stuck at Miss Barstow’s snobby school for girls. Lizzie’s secret passion is science, an unsuitable subject for finishing-school girls. Lizzie lives to go on house calls with her physician father. On those visits to his patients, she discovers a hidden dark side of the city — a side that’s full of secrets, rats, and rumors of the plague.

The Stars Beneath Our Feet by David Barclay Moore | Ages 10+ 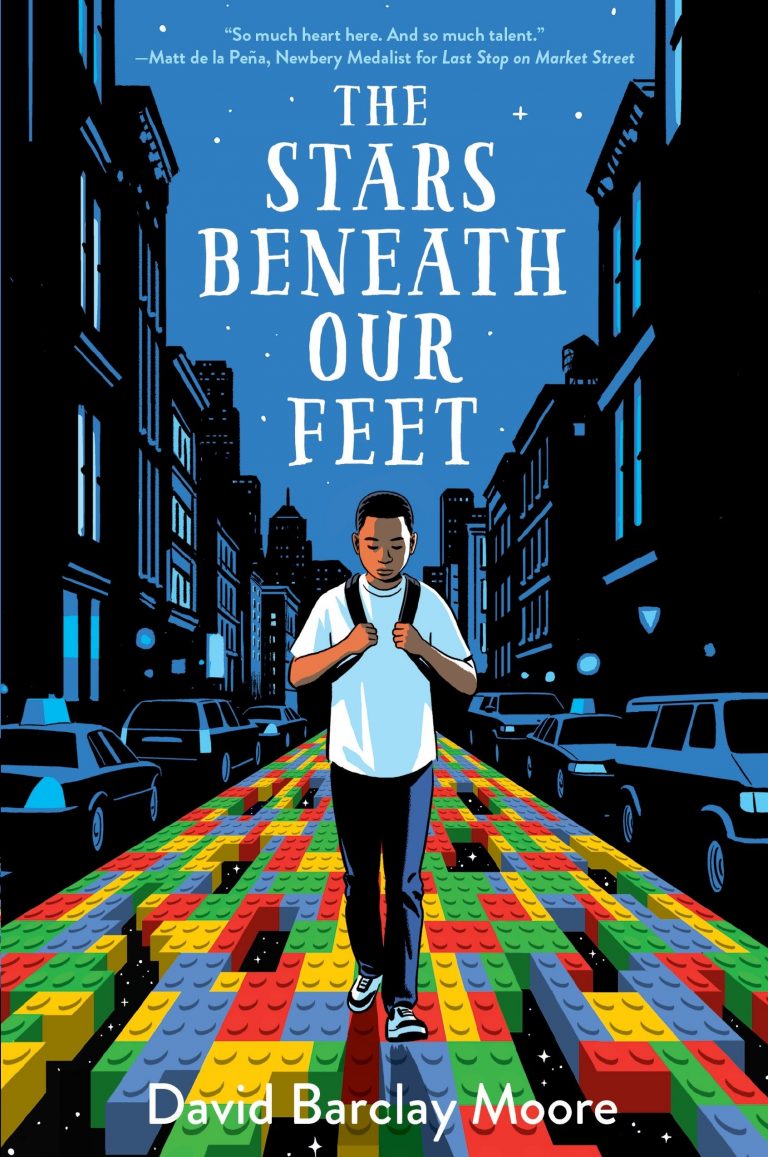 It’s Christmas Eve in Harlem, but twelve-year-old Lolly Rachpaul and his mom aren’t celebrating. They’re still reeling from his older brother’s death in a gang-related shooting just a few months earlier. Then Lolly’s mother’s girlfriend brings him a gift that will change everything: two enormous bags filled with LEGOs. Lolly’s always loved LEGOs, and he prides himself on following the kit instructions exactly. Now, faced with a pile of building blocks and no instructions, Lolly must find his own way forward.

Melody is not like most people. She cannot walk or talk, but she has a photographic memory; she can remember every detail of everything she has ever experienced. She is smarter than most of the adults who try to diagnose her and smarter than her classmates in her integrated classroom — the very same classmates who dismiss her as mentally challenged because she cannot tell them otherwise. But Melody refuses to be defined by cerebral palsy. And she’s determined to let everyone know it — somehow.

Want more books like these? Check out these awesome lists: